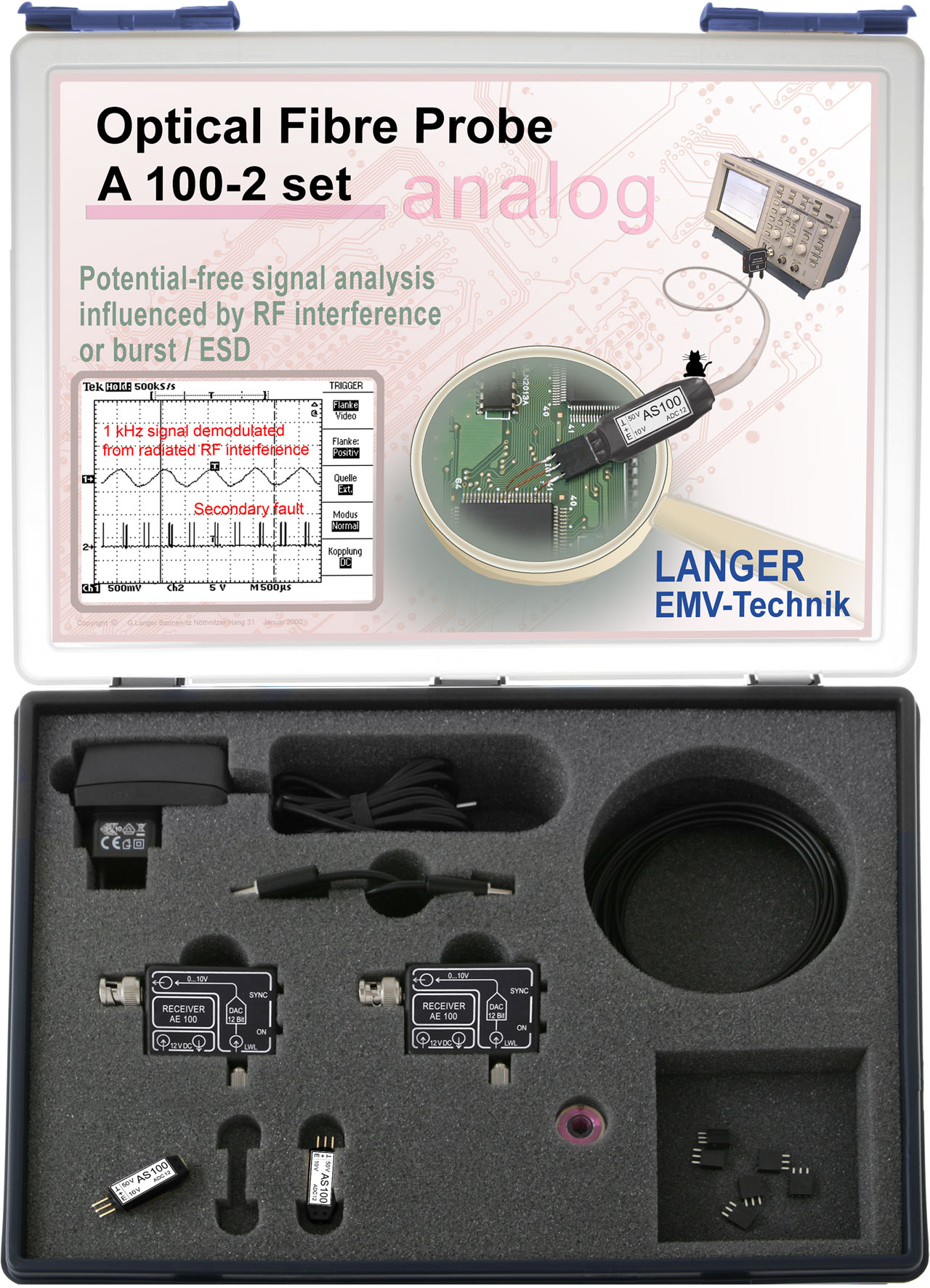 The A100-2 set is used for oscillographing analog signals under EFT/ESD/RF interference. The set is particularly suitable for the measurement of analog signals when testing the immunity of electrical or electronical devices (equipment) against high frequency electromagnetic fields (IEC 61000-4-3 to IEC 61000-4-6). This system is suitable for signal control in an anechoic chamber or EMC-compliant space.
The set consists of two sensors which measure an analog signal within the device under test and transform it into optical signals. The optical signals are transmitted via a fiber optical cable to the optical receiver which then transforms them into electrical signals. Those can be seen with an oscilloscope or can be used for controlling other devices.
For signal detecting within the device under test several sensor types AS 100, AS 110 or AS 120 with different measuring ranges are available.

By applying the prescribed modulation models for electromagnetic fields, signal influences can be easily detected using the A100 set, A200 set and A300 set analog measuring systems.
With the optical transmission system hard- and software can be EMC-optimized, because disturbed signals can be easily detected.

The A100-2 set consists of 2 sensors. These sensors allow for the oscillograhing of floating analog signals under EFT/ESD/RF disturbance. Disturbed signals can be easily detected. A sensor transforms measured logical signals within the device under test into light signals. Via the optical fiber cables these light signals are transmitted to an optical receiver, which transforms them into electrical signals. They can be seen with an oscilloscope or used for controlling other devices. For measurements, several sensor types with different measurement ranges are available. The system is useful for signal- and DUT monitoring in an anechoic chamber or for EMC optimization of hardware and software.